Soul'd Out Proudly Presents
RAPSODY : A Black Woman Created This Tour + SA-ROC and HEATHER VICTORIA and DJ O.G. ONE. 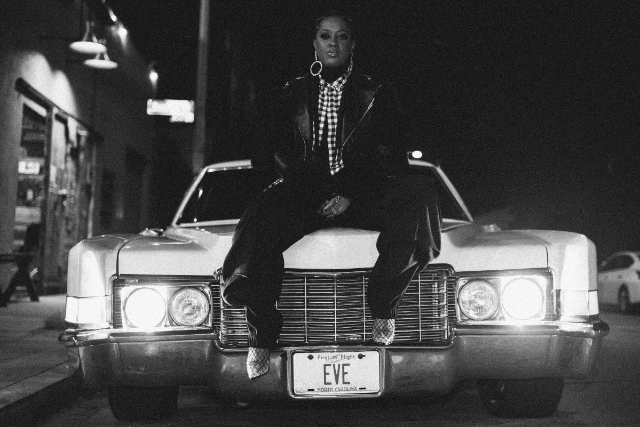 With several projects, a critically acclaimed debut album in 2012, and the lone guest rap feature on Kendrick Lamar's To Pimp A Butterfly, she is quickly establishing herself as one of the best emcees of this generation. In just a short time, she has worked with some of the biggest legends and newcomers, ranging from Erykah Badu, Raekwon, Big Daddy Kane, and Marsha Ambrosius to Estelle, Kendrick Lamar, Mac Miller, and Big K.R.I.T., to name some.

In 2015, while in LA working on her sophomore album, Rapsody met Dr. Dre, who ended up cosigning her via video and called her "his new favorite female emcee". Rapsody started 2016 with a standout verse on Anderson .Paak's acclaimed debut album, Malibu." She would follow up with a GRAMMY nomination for her contribution to Kendrick Lamar's sophomore album, To Pimp A Butterfly. Rapsody was invited to the White House by President Barack Obama and Herbie Hancock to perform at the International Jazz Fest and graced the stage alongside Aretha Franklin, Terrace Martin, Robert Glasper, and Terri Lyne Carrington in honor of the late Prince.

2017 was Rapsody's biggest year yet, as she solidified her place in songwriting and music with the release of Laila's Wisdom. The project went on to earn her a nomination for Best Rap Song, and made Rapsody the only female nominee for Best Rap Album at the 60th GRAMMY Awards- and only the 5th ever in the category's 23-year history.

RAPSODY released her new album Eve in August of 2019 to immense critical acclaim, debuting at number 76 on the Billboard 200.