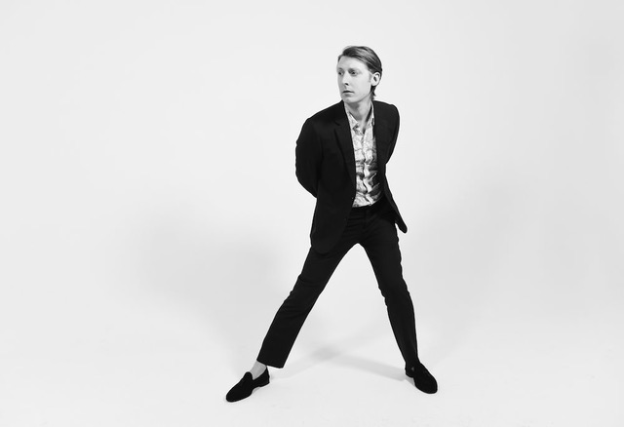 To see an Eric Hutchinson show is to be fully entertained. Hutchinson and his band, The Believers, have toured extensively, building a reputation for a high-energy live show, full of four-part harmonies, incredible musicianship, humility, and humor. A show for any music lover, Eric brings the audience to him, playing his unique songs and telling the funny, moving and one-of-a-kind stories that made him the artist he is today.

Now, for the first time ever, Eric has brought his touring band into the recording studio with him and the result is an exciting new album, Modern Happiness. The record finds Eric and the Believers capturing the magic that makes their live shows so memorable, and effortlessly melding Pop, Soul, Reggae, Folk and Americana into a sound that is undeniably Hutchinsonian.

Beginning in January 2018, Eric is adventurously rolling out Modern Happiness, one song at a time, for 10 months straight. Each month will feature behind-the-scenes videos, live video chats, extensive podcast interviews, and much more, all in an effort for Eric to make the recordings as transparent as possible to his listeners. Fans will be able to gain access to exclusive content through Eric's new members-only project, The E-Hutch Club, via Patreon.com/erichutchinson.

In addition to recording his new album this year, Eric released "Songversations", a music listening card game, through Abrams Books in September. The game debuted at #1 in its category on Amazon the day it was released and maintained that position for three weeks. Having sold out of its first printing, "Songversations" is heading into 2018 as one of the hottest new games of its kind.

Eric Hutchinson is an international platinum-selling singer, songwriter and seasoned touring artist. He has performed in all 50 states (a milestone he reached this past summer) and has shared the stage with acts such as Jason Mraz, Amos Lee, Ingrid Michaelson, O.A.R., and Michael Franti. His single "Rock & Roll" earned him his first gold record in the United States and the song became a #1 hit in several countries.