STAR THEATER PRESENTS
THE MINUS 5 HOLIDAY SHOW featuring The Delines 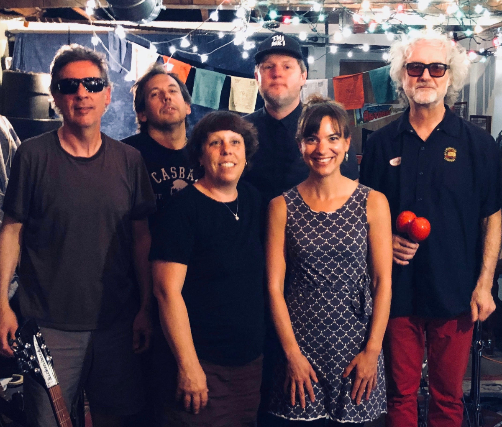 $15.00
Scott The Hoople and his THE MINUS 5 will be ringing in the holiday season, Portland-style, armed with the winter classic LP Dear December as well as a sled-full of other Christmas/Hannukah/Festivus swing-alongs. Featuring members of The Decemberists, Eyelids, Casey Neill, etc. -- a veritable All-Stars-of-Bethlehem.

Special guests: THE DELINES! Willy Vlautin, Amy Boone, and friends are no stranger to a party -- why, they'll be drinking for both bands! Welcome 'em back from Europe, before they go over there again, where they sell out all over the place.

The Minus 5's Dear December, a humble offering of new Scott McCaughey-penned holiday classics, came out November 2017 (just a week after Scott's rather interruptive stroke). Scott had composed a few holiday numbers to submit to a well-known artist's prospective holiday album (and The Monkees did end up recording McCaughey/Buck's "Christmas Party" as their title track). He became so inspired by the task that he wrote an album's worth of material and decided to rush that record out with his group, The Minus 5, which included co-captain Peter Buck and drummer Joe Adragna as main co-conspirators.

"I wanted to evoke the classic Christmas album feeling without leaning too heavily on sweet baby Jesus and good ol' Little St. Nick," says McCaughey. "Yet I also wanted to curb my cynical tendencies as well. I feel we succeeded on both counts, and the results are a holiday record that should work for any and all."