JENNY & THE MEXICATS with Bang Data 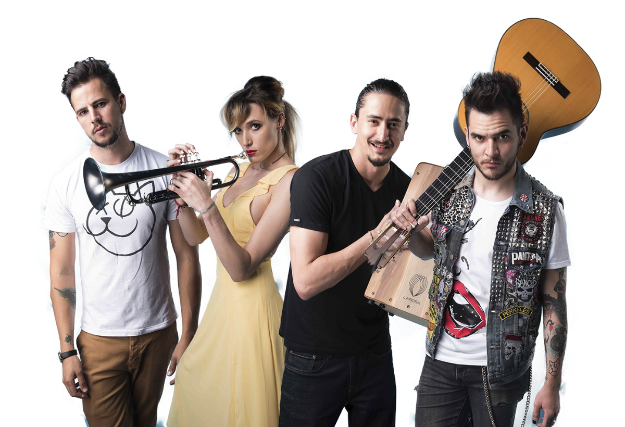 Jenny and the Mexicats is a fusion of nationalities and personalities, a band that has a very particular history, more than anything accidental. The band had its beginnings in Madrid as Pachucos and the princess , in June 2008.

It all started when Icho (double bass) invited Jenny to live in Madrid. Jenny, 20 years old, had arrived at the right place. Icho called the best guitarist he knew, Pantera a guitarist with flamenco technique very versatile, Icho and he had played together for many years in a rockabilly group and in another punk group in his hometown in Mexico.

Pantera proposed to a colleague who played the cajón instead of drums, and David arrived, an extraordinary Spanish box, with which he had already shared the stage in the world of flamenco.

This is how the little adventure of an English girl who emigrates to Spain in search of new sounds is born, and gives rise to Jenny and the Mexicats.