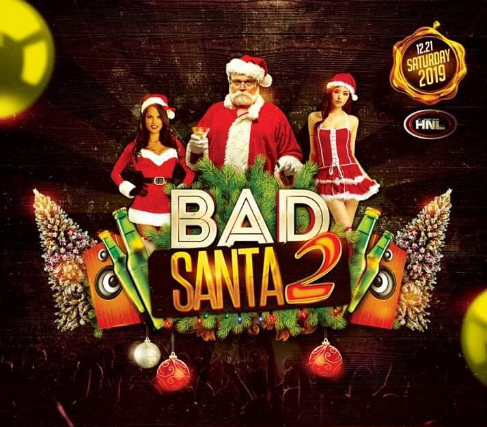 $15.00 - $40.00
There's no denying Cooper Medearis, better known as Oolacile is one of the most exciting acts right now at the cutting edge of the dubstep world. With consistently innovative productions, incredible sound design and complex arrangements, he is undoubtedly one of the most innovative producers to grace the dubstep genre. With releases under his belt from top industry labels such as SMOG, Disciple & Never Say Die and artist support from the likes of 12th Planet, Figure, Kill the Noise, to say a few as well as airplay on the prolific BBC Radio 1, Sirus and XM radio the young producer has cemented himself as a household name in the dubstep community. With a rapidly growing worldwide fanbase, Oolacile is at the forefront of the ever evolving dubstep and bass music scene, and with the momentum gathered over the past year it's safe to say he has an extremely bright future ahead of him!

BAD SANTA 2 will feature all the contests & giveaways of the first event listed below: