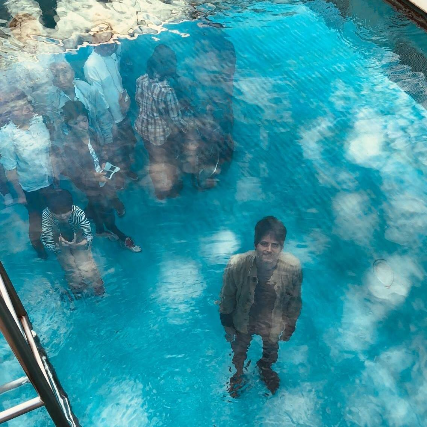 $12.00
Luther Russell is a songwriter, producer and multi-instrumentalist who was born in Los Angeles, CA. His career began with DGC and American recording artists The Freewheelers twenty-five years ago. As a solo artist he has released an eclectic series of albums including his last studio outing, The Invisible Audience, a kaleidoscopic double-album that won many raves across the globe. As producer he has worked with many critically acclaimed artists such as Richmond Fontaine, Fernando, Fabiano Do Nascimento, Sarabeth Tucek and Ned Roberts. Luther's albums (and production work for others) have been praised by the likes of Uncut, Mojo, Word, BBC, Tape Op, L.A. Times, NME, The Quietus and more. His music has been featured on NBC, ABC, CBS, HBO and Showtime. One of Luther's latest projects is Those Pretty Wrongs, a collaboration with Jody Stephens of the legendary group Big Star. Their self-titled debut was released to ecstatic reviews and they've since toured four continents. As Those Pretty Wrongs work to complete their second full-length, Luther moonlights as guitarist in Robyn Hitchcock's current backing group, The L.A. Squires. Luther also co-wrote two songs for Weezer's recent Grammy-nominated self-titled record. A highly-praised two-CD retrospective of his career entitled Selective Memories: An Anthology was released this year on Hanky Panky Records, as well as a double-cassette version on SoCal cult label Burger Records. Luther's sixth studio album, Medium Cool, is due in January on Fluff & Gravy, proceeded by a 45 single of "The Sound Of Rock & Roll" b/w "Saturday's Child" in time for his first solo tour of Japan this fall. Both will be made available on cassette via his pals at Burger, who also release Luther's first-ever live cassette by the end of the year. Containing music that swings wildly between the madly rambunctious and starkly personal, Medium Cool is described by Luther as "a rough rock & roll album roughly about rock & roll". Medium Cool was recorded and mixed to tape and features Derek Brown of the Eels on drums as well as a guest appearance by the elusive Liam Hayes of legendary Chicago band Plush. Luther is still a Sagittarius.