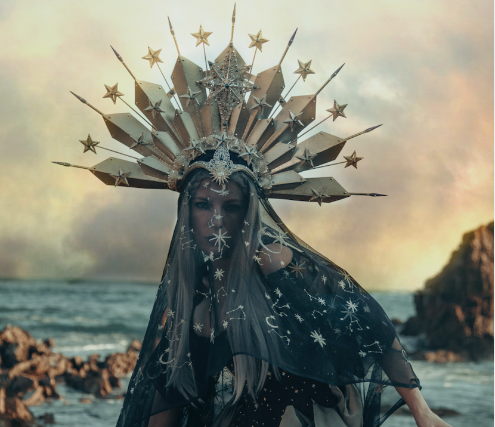 The Mystic Ball emerges in celebration of humankind's innate creativity and aptitude for innovation. An Imaginarium where dreamers are encouraged to express the personification of their most empowered, mystical essence.

A glimmering realm of magic & enchantment awaits your arrival... Inspired by the decadent masquerades of yore, with a twist of archaic whimsy ~ The Mystic Ball is an immersive, otherworldly extravaganza brimming with unlimited potential, where YOU are the crowning star and authentic expression reigns supreme.

Dance with delight between shadow and light, midst the gossamer court of the Fey ~ Where dragons grant wishes to wizards and witches and goblins are keen to play.

'Shatter Spell' is a Dance Theater Operetta Portrayal of key historical and mythical archetypes who have influenced the shattering of spells of the powers that wish to enslave humanity. Valôurian Theatre joins forces with Subaqueous and the live vocals of Marya Stark. Together they build a mythic world, telling a timeless story of awakening, inspiration and magic.

From Oracles and Fairy Queens to Dragon Guardians and Wizards, this is a story realm where anything is possible and liberation is inevitable. Come Explore the world of Shatter Spell at the link below to get a visual and audio preview of the show. www.shatterspell.weebly.com