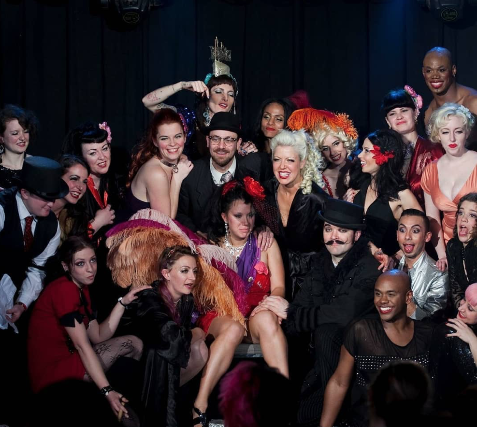 $25.00 - $160.00
Portland burlesque fans, batten down your silk skivvies and get your tickets right away! The Rosehip Revue ran for three years as Portland's most beloved monthly burlesque spectacular, bidding its cherished audience farewell at a sold-out Star Theater show in January 2013. Rosehip's cast was reputed to coax its audience into libidinous otherworlds unlike any other show in town, and it served as a launchpad for some of the brightest stars in Portland's ecdysiast sky. Now, exactly six years later, this cast of now internationally-known burlesque luminaries will take the stage together for ONE NIGHT ONLY at their home venue, the historic Star Theater. The January 2020 Rosehip Revue Reunion cast is a stunning lineup of Portland burlesque dignitaries, including the original cast and a number of guest showstoppers. The evening will be co-hosted by veteran Rosehip emcee, Laura "The Emceeiam" Dean, and it's founder and lead producer, Rayleen Courtney. Tickets come in a variety of levels, from VIP Tables to standing-room-only. Questions can be referred to RosehipRevue@gmail.com